Climbing hill after the hill we are tired. It’s hot and the sun burns our skin. We are stupid enough to climb a mountain in Luang Prabang (Laos) with a bike and heavy backpacks. All our belongings become a big burden. It sticks to our backs and the sweat becomes uncomfortable . Finally something changes in the landscape. There is an old man riding on his bike. Very slowly but elegant. First I don’t know it. But that ordinary man will give us the best adventure!

We get in talk with the stranger. He claims to be a German priest and is traveling for 20 years. He don’t shake hands. Don’t accept food from others and sleeps in a tent. Today he goes to camp in a cave. So we ask him if we can join. ‘It’s Oke’ So the three of us climb up the mountain. It’s dark already. Exhausted we arrive in a small village. There we let our bikes and go on feet further. We meet a soldier and a forester. They invite us.

Sitting around a campfire we enjoy some tobacco. Nobody talks. Everyone looks at the flames that are dancing and giving light in the darkness. The sky is clear and the stars are looking down at us.’Í will show you the cave’, the priest says. We say goodbye to the two locals and follow the man. 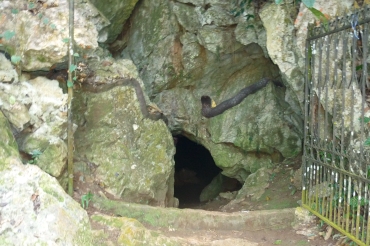 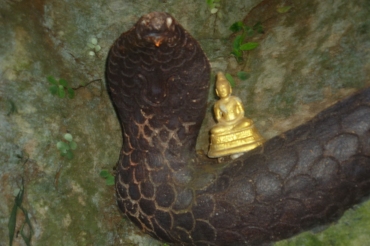 We appear before the entrance of the cave. A big buddha statue protects the place. When we go inside I stand eye to eye with a Cobra snake. It’s luckily a statue. We see more of the golden buddhas. They give the cave something magical. ‘The monks come here to pray’, the priest says. And we are going to sleep here… We don’t have good light and need to mind our step. The cave is large and you can get really lost. 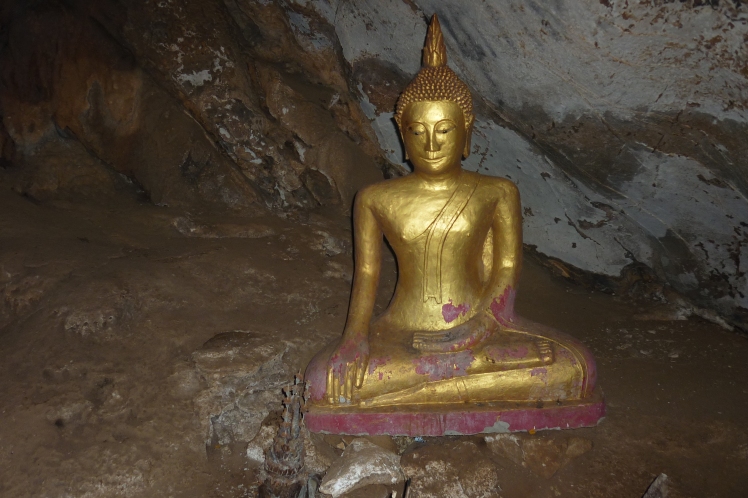 We arrive at the place to camp. The priest puts some candles on for more light. I put my backpack on the ground and go to explore the cave. We spot a rat that is hiding in a hole. There are also some bats flying. ‘Igor look!’ My friend calls. I look up and don’t see anything. The priest says also that I need to see the insect above my head. Than I look closer and see a big centipede. It’s terrifying! But also very beautiful. The being is crystal blue with many legs. Similar to the centipede on the picture (under left). I looked it up and it seems to be rare to spot. Later we also find some grasshoppers. 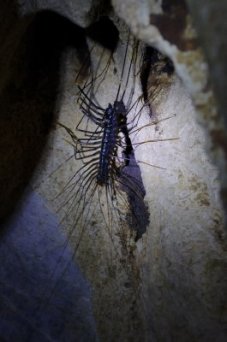 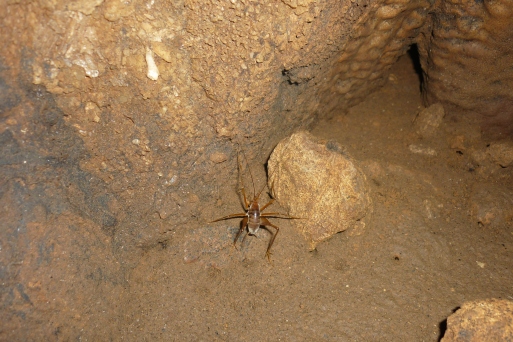 It’s time to make a campfire and put up the tent. The priest starts to read a book in the light of the candles. We go outside the cave to collect some wood. When we bring the branches – the priest teaches us how to make a fire with a candle in the main point. The atmosphere is nice but eventually we get dizzy because of the smoke. We sit to deep in the cave and don’t have enough oxygen. We could have died during the sleep. So we put out the campfire and leave the cave. After one hour the cave is released from the smoke. We go inside and the priest says that he can tell us about forbidden stuff. I always liked that kind of stuff. So I listen. Ssry I can’t mention it here. Later it’s time to sleep. 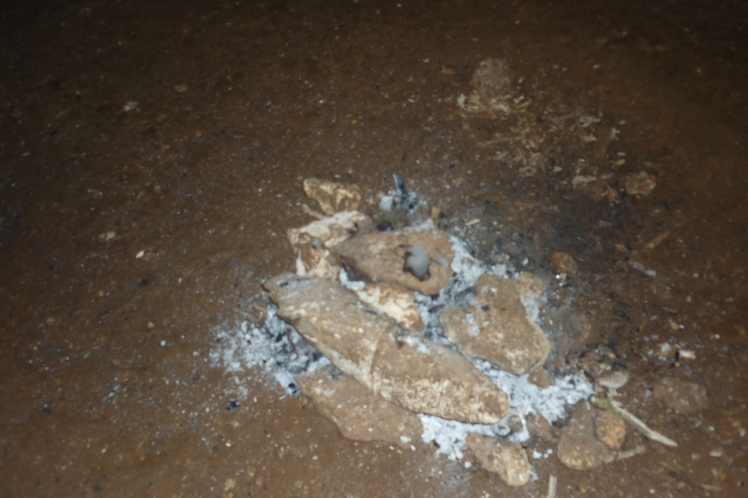 The next morning I go to search for some crystals. The priest says that a stone can have a lot of power. I pick up a crystal and put it in my pocket. Now I can carry the power of the cave with me. We eat some breakfast with the man. He says that it’s time for him. Time to go in silence again. It’s a goodbye. And we see him for the last time. 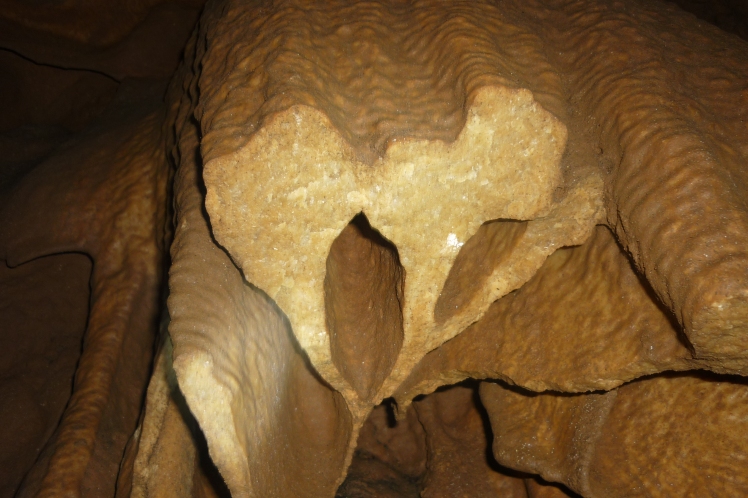 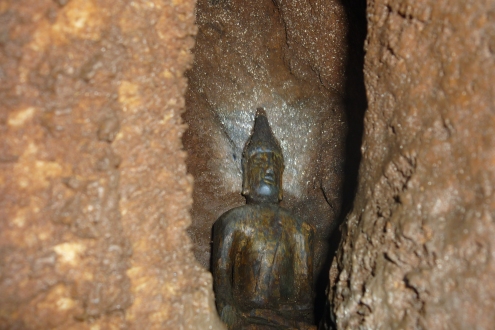 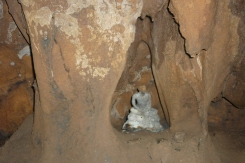 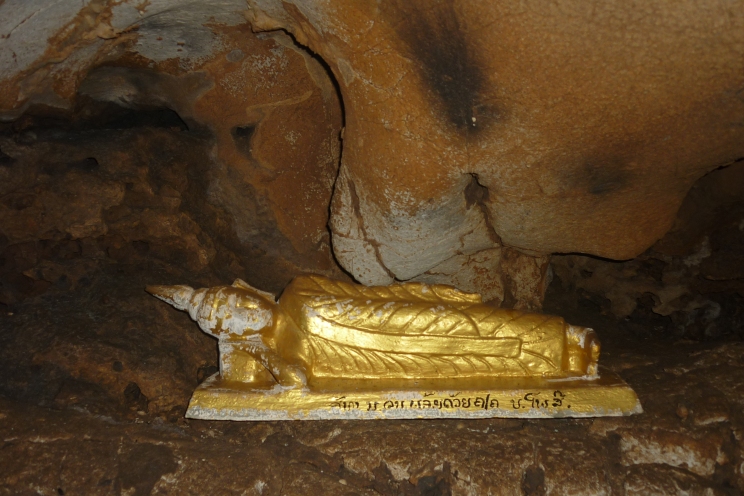 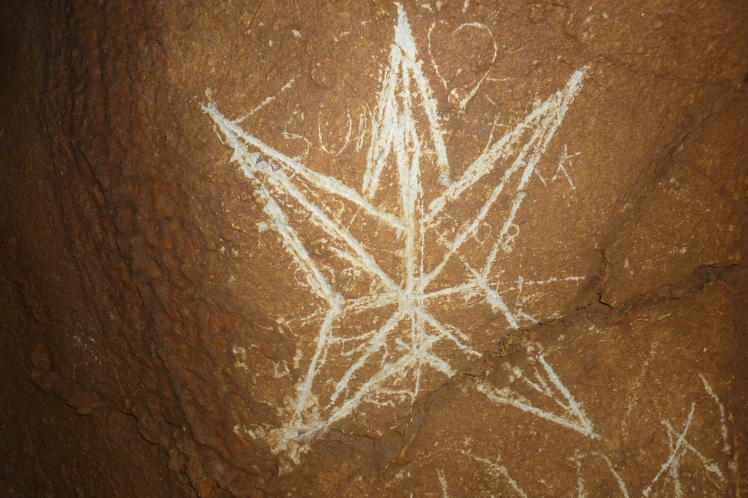 There were also people before us. Nearby the ‘graffiti’ there is a golden buddha hidden in a hole. Behind the statue I hid a note. Maybe you are lucky enough to find it.

4 thoughts on “Sleeping in a cave with a German priest”